John was originally the proud owner of his 6.7m Bar Crusher…that was until corrosion started to take hold of things.

‘This is a 6.7 Bar Crusher…The Boat is 8 years old, purchased at 4 years and hadn’t really been looked after…it was weathered. After the first few months, I noticed more and more corrosion and I thought: Here I go again

I’ve had aluminium boats before, I’ve watched them disappear…you just can’t keep up with the corrosion…once it starts, it just doesn’t stop.

It eats underneath the edge of the paintwork, it bites into the metal, you get a white powder and the paint starts to lift and bubble. With the first alloy boat, I basically gave up on chasing the corrosion and got rid of it. The second boat I had close on 20 years…and every season it was: go round with a scraper, a wire brush and paint and just keep working at it, trying to stop it.

Then it was time for an update – I wanted a better boat, and I’ve definitely got one but I want to keep it. The only thing that will kill an aluminium boat is corrosion – I’ve repainted boats before and it doesn’t work, it seems like the salt eats into the paint. There was the start of the corrosion and the more I looked the more there was.

You get a little scratch, knock a little bit of paint off…the salt gets in, the corrosion starts. Past experience…every time I’d clear up a patch of corrosion, the amount of work you would have to do to maintain it. You’d have to clean it down, etch-prime it, make sure you got all the corrosion out, paint it and then the corrosion would start outside that area. I just don’t have that much time…I wanna go and use it. 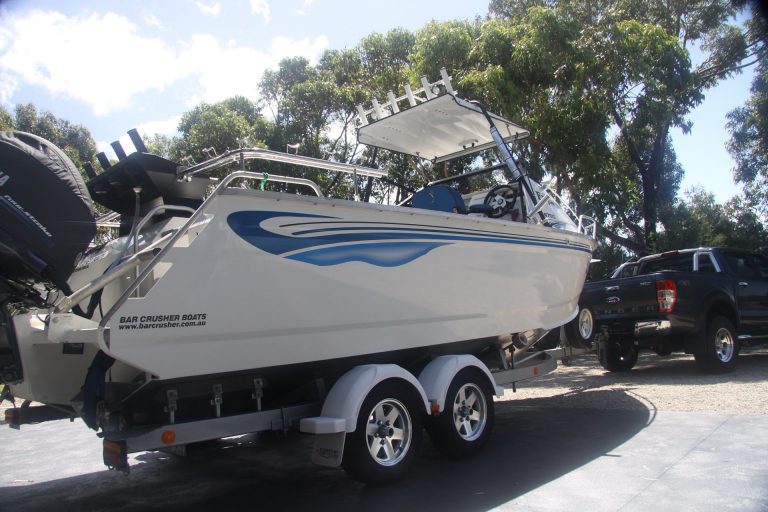 ‘If you spend more time looking after it than using it, you might as well get rid of it. You’re chasing your tail the entire time and I really didn’t want to go through that again…You can just let it go, but in 3-4 years there’s going to be holes. Everyone panics about drilling a hole in an aluminium boat to mount something…the minute you do, you break the skin, you know it’s going to react to whatever metal you put in.

It was worth trying anything to try and save it, rather than going through the pain that I did on the last two boats.

I really want to look after this one, it’s a lot of money to replace – I don’t want to replace it, I want to keep this one. I’ve set it out how I want it. I was grasping at straws, I was looking for a way to save the boat without having to do major paint work. Simple as that.

It was then that John was introduced to Sea Guardian, a new technology designed to stop galvanic corrosion in aluminum boats.

Originally I thought, what am I gonna do to try and save this one? I thought I’ll have to strip this down, all the corrosion and start from scratch, etch-prime the whole lot…I must admit, it was getting a little bit depressing. I thought I’ll never be able to keep pace with all the small bits and pieces…

Well I didn’t, I got onto the anti-corrosion system, we fitted it up and from that moment on we’ve kept a close watch…and the corrosion has stopped. 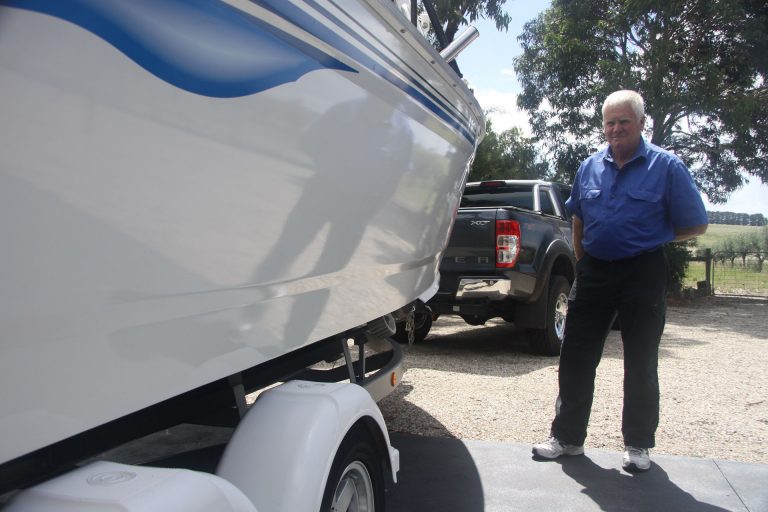 ‘We hooked the system up probably 2 ½ years ago I suppose, and I honestly haven’t touched a thing since.

The size of the corrosion has remained exactly the same, hasn’t grown. The paint hasn’t bubbled up…normally it would bubble higher and higher. Since I put the system on, the shine has come back. I can’t get over the paint, how shiny it’s got…everyone thinks I polish it…trust me I don’t. It has not had one skerrick of polish, all it gets is a wash – It just gets shinier by the day. All the alloys coming up great, I haven’t found any new areas.

Admittedly, I was originally a little bit skeptical…It was new to me, I had no evidence on boats that it would work…I thought, we’ll give it a shot.

I couldn’t afford to replace it…so it’s simple maths, it’s worthwhile looking after. I honestly was going to strip it all off, repaint it, all around the top, the cabin – not anymore, no way. I’ve got stone chips all out the front from towing. In the past, the stone chips have turned into corrosion.

It’s still there, but it hasn’t moved – it’s stopped dead in its tracks, I’m very happy’

It looks better now than what it did when I bought it. Paint, appearance – I haven’t put much effort into trying to make it look like a showboat…it’s purely a wash. Trust me, I do not look after it – I will not spend any more time on this than I have to.

I know this might sound like a testimonial, but it’s not intended that way. This is purely a great system – I’m convinced it’s working great.

I’ve never had a brand new boat…but if I did, I’d be throwing a system on. 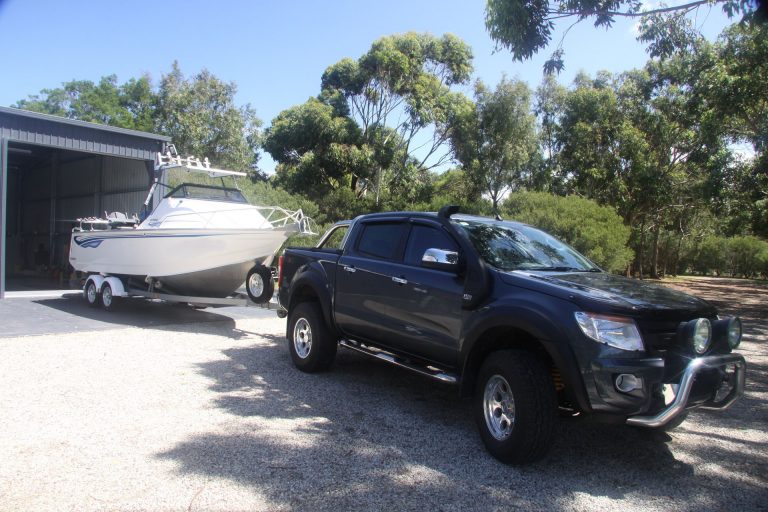 If you’re struggling with corrosion, electrolysis or paint oxidation – you’re certainly not alone.

We hope that John’s story has given you a new hope for the battle against corrosion. If you’re looking for a solution, we’d love to hear from you.

Through the link below, you can get in touch regarding your boat.

We’d love to hear your thoughts on this post – so feel free to leave a comment below and we’ll do our best to reply ASAP.

From all the Sea Guardian Team, 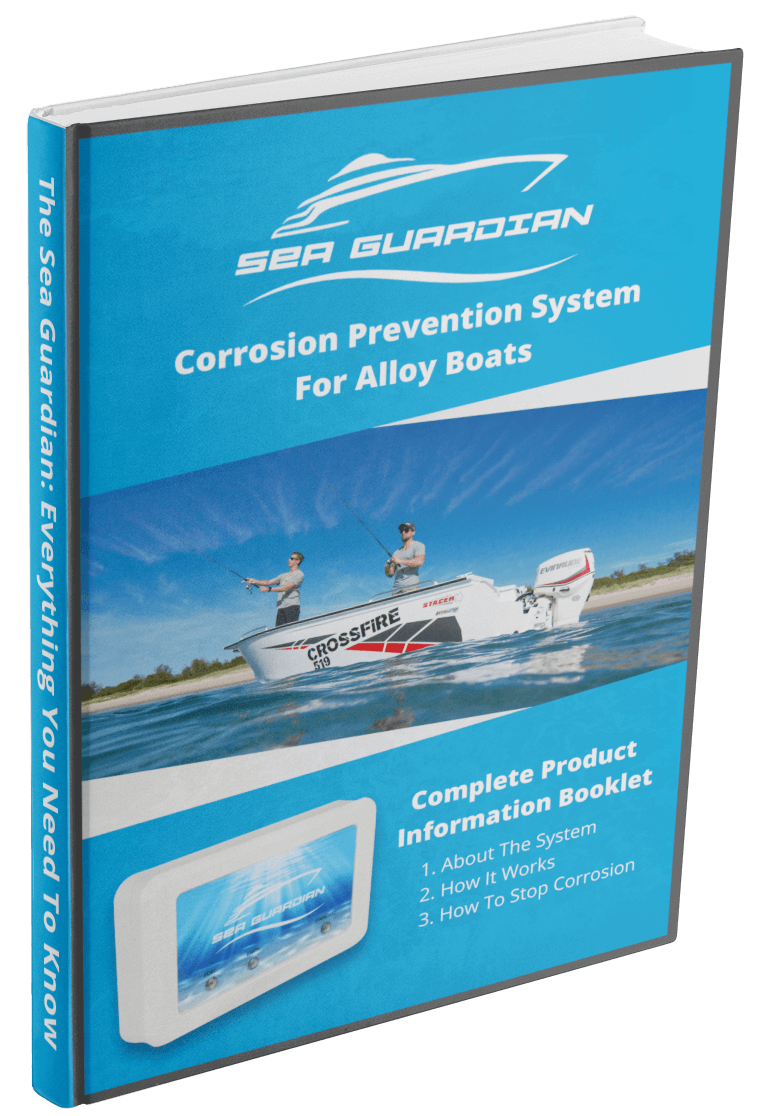